How to sideload an existing SPFx package in Microsoft Teams

In preparation for a talk next week I spent the whole weekend on creating demos and slides. A couple of days ago the SharePoint team released version 1.7 of the SharePoint Framework. This release has a ton of features, but one specific for Microsoft Teams adding the capability to surface SPFx web parts inside a Microsoft Teams tab. As my talk will be about Microsoft Teams why not change the demo plans 72 hours before the talk and try something new?

As time is limited and I don’t want to show just a HelloWorld solution I played around with existing packages in our dev app catalog and found an easy way to sideload existing SPFx solutions without changing the source code. Let me be totally clear, this is a hack. Don’t try this in production and don’t take this approach for granted, the Teams integration of SPFx is in preview only so things will change.

The steps to sideload your existing app are the following:

I tried this with a Teams team I just groupified earlier today, which is amazing. In the morning it was a classic SharePoint site, then it got the modern experience, a connection to Teams and now I’m able to surface existing SPFx apps inside the Teams client, this is just mindblowing. See here the discussion in twitter:

Steps do seem valid and most likely will not change in future. You will have to have URL with right component id and web part available in the scope of the team either as tenant-scoped or installed to the site.

This approached worked for web parts developed by us and also with web parts from an industry-leading vendor. I don’t have the source code of those web parts on my machine, but with the described steps I was able to load all of them inside Teams. For example here the Valo Search web part fully working in Teams: 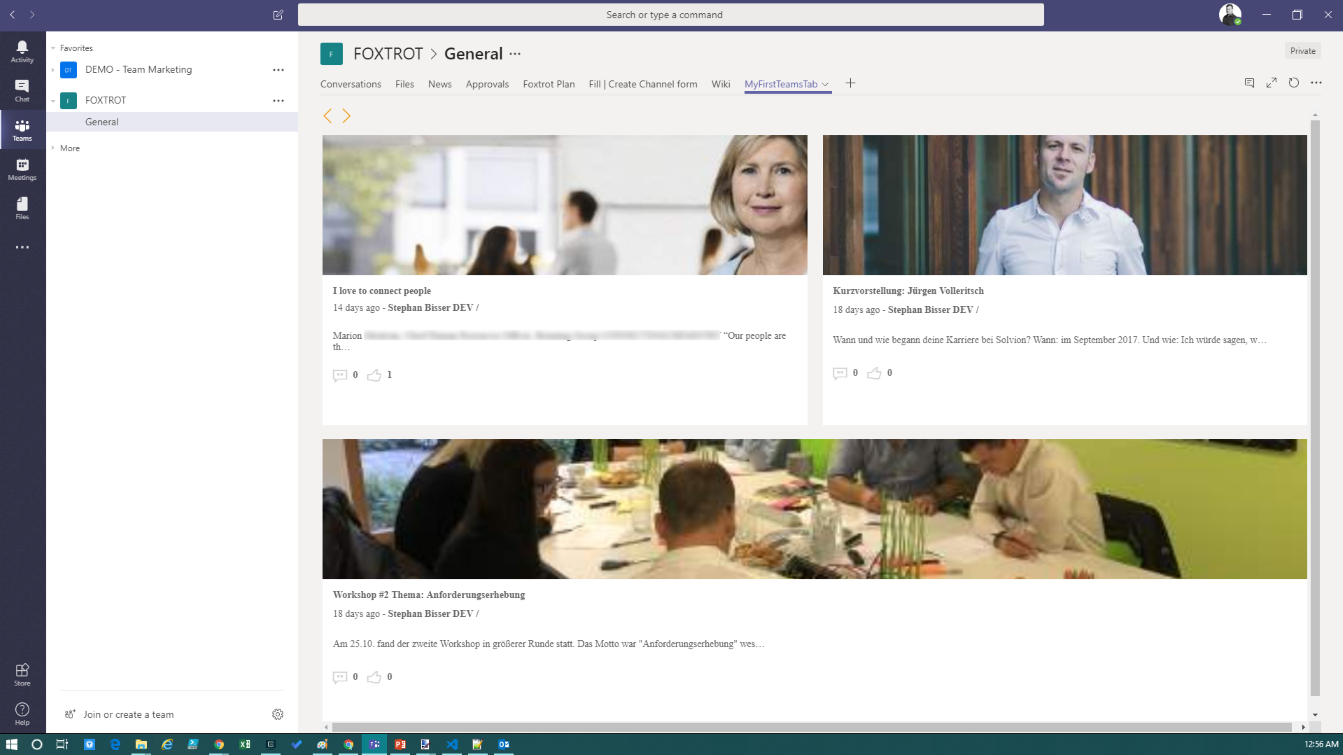 If you are interested in Microsoft Teams also check out the following blog posts:

HappitChat: The Role of AI in the Modern Enterprise